You are here: Home » Common-Mode Signals and Radiated Emissions

The most effective way to reduce electromagnetic interference (EMI) from radiated emissions is to control or limit the contributing signals at their source. That is well understood, as is the fact that unintended common-mode currents that exist somewhere in the product are responsible for almost all emissions problems. To deal with these EMI concerns, designers spend a great deal of time routing traces from source to load.

However, they spend very little time thinking about the return current path. This is one reason why the differential-mode/ common-mode (DM/CM) current flow model is so important to understand. This article looks at a DM/CM model from a different perspective, comparing high-frequency common-mode emissions with power-frequency ground currents. An illustration of the causes and effects of common-mode currents at line frequency is intended to illuminate the importance of designing the return current path in digital devices such that common-mode currents are eliminated, or nearly so.

An approach described here may help allay confusion in trying to understand the origins of EMI as explained by means of a DM/CM current flow model. Sometimes a concept can be easier to comprehend when its presentation involves a more familiar point of reference.

So, this discussion examines the principles addressed with the DM/CM model but applied to a low frequency and to a more familiar circuit, without all the added complications that come into play when dealing with radio frequency (RF). The low frequency is 60 Hz, and the familiar circuit is the ground fault circuit interrupter (GFCI). This simple device has long been used in every household and is easy to understand.

The GFCI Circuit. Figure 1 shows a typical GFCI circuit under normal no-fault conditions. The GFCI is hooked up to a standard 120-V, 60-Hz power source. The 60-Hz current from the source flows from the high side through the GFCI monitor circuit (differential transformer) and through the load, then returns through the GFCI monitor circuit and the low side of the source to complete the circuit. The GFCI monitor circuit measures the differential current flowing to and from the load. Each transformer monitor lead is fed to its own amplifier (Amp 1 and Amp 2). The output from each amplifier is coupled to the inputs of a voltage comparator that controls the trip circuitry, which opens to disconnect the input power under fault conditions. 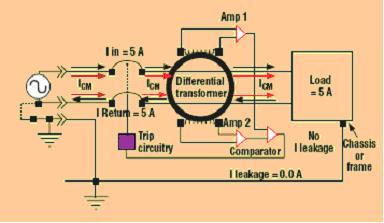 Figure 1. A typical GFCI circuit under no-fault conditions.
I = current.

It should be noted that, although it is an essential part of this analysis, the third wire, or ground return, is not necessary in order for the GFCI circuitry to operate. After basic insulation, the ground wire is always the next line of defense against shock hazards. In the case of a GFCI, it is strictly backup. This is true at any rate for most GFCIs, the exception being those designed to be used in a medical environment.

What is shown with Figure 1 is that, without common-mode currents (or, in this case, current leakage), a GFCI will not trip in this electrical system-that is, pose a shock hazard. It is electrically compatible with equipment used in its intended application.

Figure 2 shows the same GFCI in its shutdown, or fault, condition. The GFCI trip circuitry looks for the differential lines current to be balanced to within about 5 mA. If the differential current exceeds the limit of 5 mA, the trip circuitry activates an internal circuit breaker that opens the 60-Hz power source and disconnects power to the load. 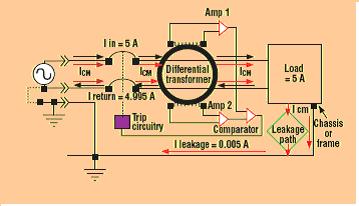 Figure 2. A typical GFCI circuit under fault conditions.
I = current.

The question to consider is what might cause the imbalance that can exceed 5 mA. Somewhere between the load and return path, a common-mode current leakage is introduced. This could be because of insulation breakdown due to excessive moisture buildup; the introduction, over time, of conductive contaminants; capacitive leakage; or the placement of a human body or other shunt-current paths between the load and any grounded surface or object. This common-mode current, here of the type known as current leakage, creates the differential imbalance and consequently trips the GFCI.

Without common-mode current-in this case, unintentional current leakage-a GFCI will not trip. Its load will continue to function without interfering with the internal electrical system of the device’s human user.

Line and Radio Frequencies Compared. There are many differences between line frequency and RF in addition to the most important difference, the frequency itself.

At 60 Hz, the common-mode currents are caused by capacitance leakage or faulty insulation, by wet environments, or by other return paths capable of diverting load currents of 5 mA or greater. The culprit currents at RF, on the other hand, are much smaller, but they can have a profound effect on radiated emissions.

The ground, or return, impedance at 60 Hz is strictly resistive, but at radio frequencies the return impedance is inductive proportional to the frequency. RF common-mode currents are caused by stray capacitance, return-loop voltage drops, inductive coupling, and other situations. Under the right conditions, 5 mA of common-mode current is decades more than enough to cause a product to fail the radiated emissions test according to EN 55022 Class B.

At both 60 Hz and the RF frequencies, if the circuits involved are balanced differentially-that is, if the current from the source and the current returned to the source are the same-then current leakage or common-mode currents cannot exist. The diversion of the differential currents, by whatever means, is what causes the imbalance or fault condition in both cases. In the real world, a balanced differential circuit is much more difficult to achieve at radio frequencies than at line frequency.

At 60 Hz, however, there is a single circuit. The detection circuit simply shuts down the power source and the fault is corrected. The trip circuit is reset, and life goes on. But at RF, many more circuits are involved, with many more signal sources, all working independently at higher and variant levels of complexity. Troubleshooting a design that has numerous circuits, each with its own common-mode circuit interrupter, would be quite a challenge, if not impossible.

In the 60-Hz GFCI example, a current leakage up to 5 mA was allowed owing to the differential current being monitored. This level was selected because it is below the threshold of pain for the typical human and therefore can be presumed to do no harm to the operator. In the case of RF, however, this same level of common-mode current can easily cause a product to fail to comply with radiated emissions requirements. Common-mode currents account for 90% of radiated emissions problems, as stated earlier. Here is how this is possible.

Suppose a digital recording system consisting of one motherboard, one memory board, and a telecom interface board incorporates 60 chips, each of which consumes 250 mW of power. Suppose also that one-quarter of these chips are toggling synchronously at a clock rate of 50 MHz. The total power switched at a given instant would therefore be

Then assume that a very tiny portion of the power is not dissipated via the Joule effect in the chips, displays, or other resistive elements in the system, but instead becomes radiated emissions. It could be assumed that, on the 50-MHz fundamental, only 10-6 of the total switched power from the above equation, or 3.75 µW, radiates into free space. Using the formula for the field strength E of a given radiator in volts per meter,

where D is the distance from the source in meters and Pt is the radiated power in watts, yields

at a distance of 3 m from the radiation source. That is, the 3.75 µW of radiated energy will result in a 3.5-mV/m electric field strength 3 m away. When one considers that a typical radio or television receiver has a field sensitivity of around 1 µV/m, one starts to gain a real appreciation of the problem.

Expressing this field strength in standard units of EMI specifications (decibels referred to microvolts per meter) results in the following:

The minimum field strength required for acceptable TV and FM radio reception in rural areas is in the range of 50-60 dBµV/m. If the recording system in the example above was situated in the vicinity of the countryman’s entertainment center and was not shielded or otherwise treated to reduce radiated emissions, it would seriously affect reception. At 3 m distance, the field strength would be 3 to 10 times stronger than the sound or picture carrier. The bottom line here is that it does not take very much common-mode current, at radio frequencies, to generate radiated emissions strong enough to cause havoc with other equipment in proximity (3-10 m).

Now, the DM/CM current flow model for a typical digital-product design can be considered in light of the 60-Hz discussion and figures (see Figure 3). The common-mode voltage across the highly inductive return paths (the return plane impedance, RpZ) can cause voltage drops that can result in many radiated-emission problems. Not only the fundamental frequency-in this case 50 MHz-is a matter of concern; its harmonics are as well. At the 5th harmonic (250 MHz), the RpZ becomes a very important issue. At the 10th to 20th harmonic (500-1000 MHz), RpZ is crucial. 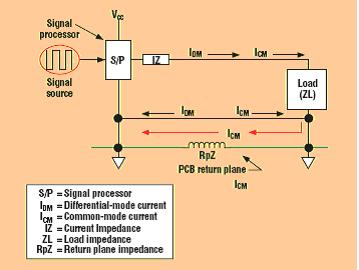 Figure 3. Model of differential-mode versus common-mode currents in a digital-product design.

It is also important to understand the concept of loops and loop areas as they affect radiated emissions, but that is really a subject for another article. Of course, books have been written about the topics just touched on here.

Common-mode currents are a very important concern with respect to both emissions and power safety. They play a similar role in each case, as reference to the DM/CM model shows, but the problems they produce are significantly different. Designers should be cognizant of the differences and approach circuit design issues accordingly. Looking at the phenomenon of radiated emissions caused by common-mode currents from the different vantage point described in this article should help them to better understand the concept.

William D. Webb is a client relations technical adviser at Washington Laboratories Ltd. (Gaithersburg, MD) with more than 20 years of experience in EMC, product safety, telecom compliance, and quality management. He can be reached at bwebb@wll.com or compliancehelp@yahoo.com.

⇐ Is Due Diligence tempered by cost?
Tour of Lab ⇒